I’d like to welcome today’s guest author, Donna Gallagher! Donna has been climbing the ‘literary ladder’ at an amazing speed. Her first book, Caitlin’s Hero: book 1 of the League of Love Series, was recently published in November of 2012, and already book 2 has been released. But, it get’s better – book 3, 4, 5, and 6 will all be coming out over the next six months! That is incredible! Congratulations, Donna!

So, today Donna will be sharing a few things about herself and her new release, Mandy’s He-Man: book 2 of the League of Love Series. Please give Donna a warm welcome and feel free to leave a comment or two.

As I said in my bio it happened out of the blue one day. I just woke up and the voices in my head were telling me what to write. It took a few years before I was brave enough to send a manuscript to a publisher – Total E Bound was actually the first publisher I submitted to.

Bringing my voices to life.

Everything Lol! Believing in myself and my own ability is a big one. Then there are the edits and the promotional work that needs to be done – it all takes up so much time. I find my reading is the thing that suffers and I love to read.

N.j. Walters – that is the easiest question so far.

N.j. writes a few different genres, contemporary, paranormal, ménage to name a few. She is awesome – I stalk her regularly. Her writing just gets to me. N.j. can make me cry, laugh and smile. If I’m feeling a bit down I re-read one of her books. I bid on an online charity auction for two of her autographed books and told my husband that I was going to win them – whatever it cost! They are my prized possessions. If I ever so much as hear a whisper that she might be attending a conference I will be on the first plane over to it.

What inspired you to write this book?

Well there were the voices in my head but also I was tired of hearing negative stories about footy players in the press. This whole ‘role model’ tag doesn’t sit well with me. Most players are young men – and human, they make mistakes. Unfortunately, their mistakes are made public. I don’t condone bad behavior but maybe if the press focused more on the positive things these young men did for the community instead it would be nice – sad to say though it probably wouldn’t sell as many papers!

Was there anything you found particularly challenging when writing this book?

How did you come up with the title?

“Urghh!” Mandy harrumphed indignantly. She struggled out of JT’s hold to stand on her own two feet, then looked up into his face and spoke in a stern tone that reflected her displeasure at both his assessment of her sobriety and choice of nickname. “My name is Magenta, as in the colour, He-Man, I’m not some sort of optional extra that you put on your car. It’s mah-jen-tah!” She enunciated the word as if speaking to a slow-learning child. “What is it about Aussie men that they have to shorten surnames into some sort of nickname? It’s really not very imaginative—and I am not drunk!” she seethed.

I think I would say simmering. Although some of my future releases might even make it to sizzling Lol! I never set out with any heat level in mind I just go with the flow.

My league of Love Series is still growing, the first five books have release dates and book 6 should have a date soon. I’m working on book 7 at the moment and have an idea for book 8. I’m also very excited about my upcoming holiday to the UK and Europe. I’ve been invited to a wedding in Scotland so hubby, youngest son and I are going to do some travelling – Paris, Italy, England, Scotland and Ireland. I’m hoping I might be able to meet up with some of my new friends at Total E Bound. Luke – 14 year old – wants to tick another Disneyland off his bucket list Lol! He’s done Anaheim, Orlando, and Hong Kong so far. 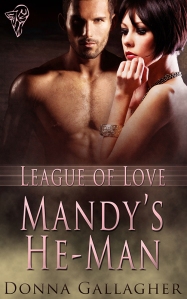 Can this rugged mountain of a man really protect her, teach her to trust and love again? Or will the choices she’s made in the past destroy her future?

Having managed to break free from an abusive relationship with a cruel and dominating ex-boyfriend, Australian artist Mandy Magenta—a.k.a. Amanda Smith—should be terrified when she first meets the enormous bulk that is Jonathon ‘JT’ Thomson. He is fierce. Not only is JT the biggest, most muscular man Mandy has ever set eyes on, but he makes a living playing the brutal sport of Rugby League.

So why, then, does Mandy’s body go into lust overdrive at the mere sight of him? She doesn’t feel a hint of alarm as the colours that exist in her mind—created and inspired by her own emotions and her artistic talents—explode with vibrant and passionate intensity. Could JT be the man to remind her that she is still a sensual, amorous woman, a woman deserving of love and tenderness—and can he protect her from the threats her ex has promised to deliver on?

She brazenly unzipped his jeans, then pushed the denim down JT’s legs. Kneeling down in front of him, she took the weight of his thick, hard cock in one hand and the round, fleshy sac underneath in the other. She rubbed her thumb over the satiny tip of his rock-hard erection, spreading the pearl-like drop of fluid that had gathered around its bulbous head. Smiling up at him with a twinkle in her eye, she licked her lips.

“Careful, little girl. Don’t start what you’re not prepared to finish,” JT growled, as he gently pushed her head back down towards his throbbing cock.

JT would have stopped, though, the second Mandy had so much as hesitated. It was an idle threat on his behalf. JT had never forced a woman, and didn’t think much of men who did. But he sent a silent prayer of thanks heavenwards when Mandy opened her mouth and wrapped those pouty red lips around the head of his shaft, sucking it deep into her mouth.

The sight of her cheeks hollowing and her head bobbing up and down, let alone the feel and sound of that hot mouth swallowing him, was nearly enough to make JT spill his seed. Before that could happen, he wanted to spend some time exploring her curvaceous little body. JT, grabbing Mandy by the shoulders, encouraged her to stand. Those big, bright eyes looked up at him as his cock made a plopping sound when she released it from her wicked mouth, nearly doing in the last of his self-control.

Dragging Mandy up against his chest, JT crushed his mouth down on her very talented lips, trying to regain some semblance of control over his body.

He wanted to taste every bit of this woman, starting with her mouth, which tasted like honey and spice, warm and exotic. He nipped at her bottom lip before drawing it into his mouth to soothe it. Looking down into her eyes, he spoke, his voice a throaty, husky whisper.

“Honey, do you have a bed or should I just strip you naked and fuck you right here on the floor?”

Sydney-born Donna Gallagher decided at an early age that life needed be tackled head on.
Leaving home at 15 she supported herself through her teen years.
In her twenties she married a professional sportsman, her love of sport — especially rugby league — probably overriding her good sense.

The seven-year marriage was an adventure. There were the emotional ups and downs of having a husband with a public profile in a sometimes glamorous but always high-pressure field. There were always interesting characters to meet and observe and even the opportunity to live for a time in the UK.
Eventually Donna returned home a single woman, but she never lost her passion for watching sport, as well as the people in and around it.

Now happily re-married and with three sons Donna loves coffee mornings with her female friends, sorting through problems from the personal to the international. But she’s on even footing with the keenest man when it comes to watching and talking rugby league.

Donna considers herself something of a black sheep in a family of high achievers. Her brother has a doctorate in mathematics and her sister is a well-known sports journalist.

An avid reader, especially of romance, Donna finally found she couldn’t stop the characters residing in her imagination from spilling onto paper. Naturally rugby league is the backdrop to her League of Love Series, published through UK publisher Total-E-Bound, spicy tales of hunky heroes and spunky heroines overcoming adversity to eventually find true love. 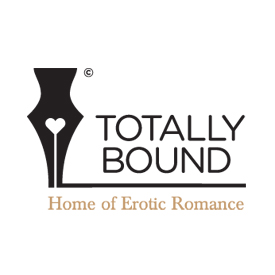